You are here: Home / About us

Advance Myanmar is a registered charity working with grassroots organisations to promote change.

During military rule in Myanmar, a global movement of exiles from Myanmar and international activists pushed Myanmar to the top of the international agenda, influencing governments, international bodies such as the United Nations Security Council, the European Union, and Parliaments all over the world. They built national and international campaigns and were responsible for ensuring widespread media coverage.

Now that there is more political space, Advance Myanmar works with grassroots organisations in Myanmar to transfer those skills back into the country and share knowledge and experience gained.

We offer a different kind of training and support: 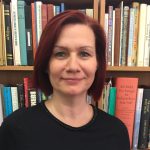 Executive Director Anna Roberts has 20 years’ experience working on advocacy for human rights, including 16 years at Burma Campaign UK. She worked for Amnesty International for 7 years as a campaign coordinator and trainer. She has also worked as an English language teacher in Europe and Latin America. She has assisted activists from Myanmar in establishing organisations working on human rights, humanitarian and development issues and in setting up administrative and financial systems, website and communications for civil society organisations in and from Myanmar.

Director Mark Farmaner has 30 years’ experience in advocacy and research on human rights and development. He was involved in the anti-Apartheid campaign, worked for development agency Christian Aid for 7 years, and has 20 years’ experience working on Myanmar at Burma Campaign UK. He has worked closely with civil society organisations and activists from Myanmar providing training and support. For the past ten years Mark has also been on the board of the Phan Foundation, which provides funding to grassroots community organisations in and from Myanmar. 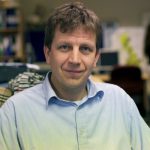 Head of Development Doug Janke has 25 years’ community organising & campaigning experience and is the chair of trustees for two charities. He has managed teams of 2 – 50 nationally and internationally and has over twenty years’ project, staff and organisational development and management experience. He has provided risk audits and analysis, strategic support, written business plans, and overseen communication and change management for NGOs. He worked in Westminster as Head of Fundraising for the Liberal Democrats and was Head of Communications, and also Head of Development and Fundraising for Meningitis Research Foundation. 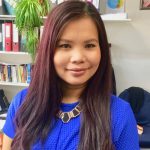 Project Manager Zoya Phan became one of the highest profile and experienced exiled democracy activists from Myanmar, travelling to more than twenty countries to meet Presidents, Prime Ministers and speak in Parliaments and at conferences. She was one of the first people from Myanmar to be honoured as a Young Global Leader by the World Economic Forum and to be given TED fellowship. At Burma Campaign UK, she has worked closely with grassroots organisations from Myanmar and trained many activists in the UK. With family members she founded the Phan Foundation to help fund community groups in Myanmar. She has also written an autobiography, Little Daughter, (titled Undaunted in the USA), which has been published worldwide.

Project Manager Karin Valtersson has worked on Myanmar since 2010 in campaigning, research and project management and has several years’ experience in managing development projects with civil society groups in Myanmar and on the Thai-Myanmar border. She also works as a Campaigns Officer at Burma Campaign UK and has been on the board of the Swedish Burma Committee (SBC) since 2014. She has worked in human rights, development and project management since 2007. 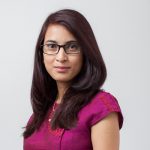 Project Officer Waihnin Pwint Thon is a political refugee from Myanmar and the daughter of a leading 88-generation political prisoner. She has worked with human rights, democracy and development in Myanmar for eight years. Her work includes primary and secondary research, regular contact with family members of prisoners, drafting and sending submissions to the United Nations Working Group on Involuntary Disappearances, international advocacy, public speaking and media relations. She is responsible for political prisoners campaign activities at Burma Campaign UK, and has previously volunteered with Amnesty International, being one of their main speakers for their UK student campaigns. She has led a ”Women Leadership” workshop on the Thai-Myanmar border.

Subscribe to our free newsletter and keep up to date with the latest news.

We will not share your email address with any other organisation.